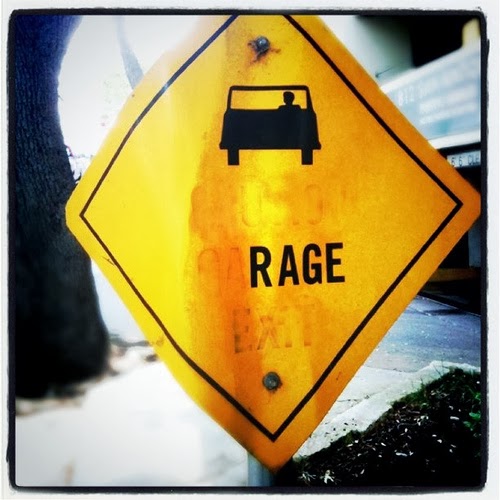 It had been a hell of a week; bitter cold, snow and ice, and a highway job. Add to that I had wrangle an empty trailer to be able to pick up the load that would get me back home. Along the way I had to cut across mountainous Pennsylvania backroads to get there, when all I wanted to do was pull off the road somewhere and have a stiff drink … beside a roaring fire.

After the pick up, I battled my way across Pennsylvania and Ohio and got to Detroit on time to deliver. Detroit was my first city after college and I have a soft spot in my heart for her. My load was recycled metal. Recycling industry facilities are not located in swanky business parks. Scrap dealers and reprocessors are where the rent is cheap and the neighbors scarce. Driving up Van Dyke Avenue – a street that I had once lived on in another Detroit neighborhood – was excruciating. The burned out and abandoned buildings crowd out almost any other potential. I wept for my city and got unloaded in a yard surrounded by 12 foot chain link fence topped with razor wire.

The next challenge was to drive from Detroit to Zeeland in a stiff crosswind with an empty trailer. I made it across owing to my unique combination of stubborn and stupid. I dropped my trailer as the snow plow guy in the lot tried to find new places to put more snow. After bobtailing to the terminal, sorting and turning in my paperwork, unpacking the big truck and stuffing it into my little truck, I was ready to go home, but I needed to stop at the grocery store on the way.

I approached the intersection of organically shaped plaza streets gingerly as the cab of my Ranger was precariously stuffed. A father and son in a big SUV approached from the opposite direction. Without so much as slowing down, the dad cranked his wheel and turned left right in front of me! I outstretched my arms in the International New Jersey Sign for “WTF!!??!!” The dad just looked at me like he didn't understand. This only stoked my anger. As they made a big curve right across my path, the son looked at me dumbfounded. Through their salt crusted windows I imagined that I could see the spittle about to drool from the kid's ridiculous looking lazy mouth. I had the urge to just ram them. Alone in my truck, I disparaged their family, their politics, their religion, their sisters and mothers. They didn't seem to have any idea how they were making my stupid week worse! In my final triumph, I flipped them the bird just before they disappeared around the corner.

I gave my Ranger some gas. The backend dipped slightly to the right; more a saunter than a spin out. Patiently, and feeling oh-so-superior, I waited for the tires to gain some traction. The plow polished snow gradually gave way and as I moved through the intersection, it hit me – brighter than the blinding afternoon sun blasting off the white on white ice and snow – in order to facilitate traffic exiting the plaza, there.is.no.stop.sign.in.the.opposite.direction. Father and son were flabbergasted simply because they were right and I was wrong. I had lost my way – in many more ways than one. How could I have felt so self righteously violated over 4 more seconds at a stop sign? Who have I become?

I've struggled recently to make time, or take the time to continue my meditation practice out here on the road. After sitting all day, driving a semi and concentrating strongly on my driving, it is hard to convince myself to sit, on purpose, to concentrate some more. Other times, I'm running so hard if feels like I don't have the time. The result is I haven't been sitting.

Rolling slowly through the plaza, I realized – re-learned – that meditation is not just sitting and concentrating. It's not doing time. Meditation is about reflecting on and absorbing the wisdom I have been offered. It is not an escape from life, meditation is practicing how to live. To just do the time is to miss the point. To feel self righteous while driving through a plaza is to miss the point. Rather than worry about how much time I meditate, I just need to sneak a few minutes here and there to reflect on who I want to be. Making a complete ass of myself helped me find my way again.
Posted by Bubba the Pirate at Wednesday, January 29, 2014 No comments: