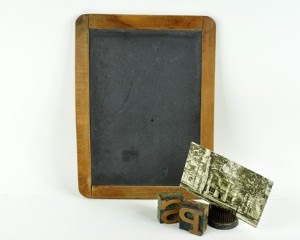 Some people sit with an older person like they're in a cave. They are overwhelmed by the dry, stale air and can see only cobwebs and bats. This is usually more a reflection of the younger person than the older one. Done right, sitting with an older person should fill you with wonder. If you listen deeply, and appreciate their life and wisdom, you'll feel a fresh breeze, like the air coming off a long fetch of ocean. You can smell little bits of all the waves that breeze has passed over. If you are open to them, you can bask in these gifts like the warm sun and the beachside salty air.

My Grandmother proffers these gifts of wisdom effortlessly. I spent an evening with her last night. Our conversations aren't necessarily deep, but have been on occasion. Often, there is no subject at all, just a certain rambling intimacy that is steeped in the peace she exudes. There is an equanimity in just chatting. The TV is off, the phone muted, the evening is dedicated to whatever it becomes.

We had a nice supper at the Cafe where she lives. The conversation flowed from news about the family, the friends of hers whom I know, the news of the world, my new-ish job and career. Later, we fetched a box of old things from storage that she wanted to go through. Though we hadn't intended to, the box was opened and she described every treasure. That breeze sprinkled the salty essences of a hundred waves from her past.

One item in the box was her father's slate. There was no paper in school when he went. Each child had a slate to write on, to do problems, etc. Great Grandfather's slate was tucked into a manila envelope and had been stored, with the other trinkets, in a re-purposed cardboard box tucked in the chain link cage that is her storage unit. When she held the slate and spoke of it, wading in all the waves of memory and association, it became like an treasured ancient tablet; the envelope and box became like a brocaded satchel and a gilded vault.

The peaceful simplicity of our evening chat was transformed by the artifact of the slate. Today's children are growing up in an increasingly paperless, networked world. Yet some of us remember the days when 'paperless' was a new goal. In business and commerce, paperless was going to be more efficient. We were kicking the habit of paper. Can any of us imagine a world where paperless was paper less? where paper was an expensive luxury item?!?

But is paperless more efficient? An unintended side effect is this constant connection that now encumbers us. When was the last time any of us went somewhere, on purpose, without our phone? We are walking network nodes. The piles of paper that we've given up have been replaced by the maelstrom of interconnectedness. We are always available. We are never alone. Are we ever at peace? Sherry Turkle, who heads the “Initiative on Technology and Self” at MIT, said “if you don't learn how to be alone, you'll always be lonely ... loneliness is failed solitude.” I just listened to her talk to Krista Tippett over at On Being. I began to realize my Zen practice was stuck right here at this very point.

For a guy who is working toward being an off-the-grid, disconnected vagabond, I am never without my phone. The networked habit is hard to break. I'm using twitter and facebook, to update my friends, among other things, on my progress toward this walking-the-earth goal. Huh? I have also been struggling against my monkey mind. When I sit down to be quiet and contemplative, my mind decides to have a block party. The noise of random thoughts and emotions drowns out any chance of concentration or peace. It's damn frustrating.

It occurred to me this morning that I was causing all this. OK, I've known all along I was causing this, but I discovered a specific mistake. That damnable phone is never more than six feet away from me. I've been trying to get up early enough each morning to spend some time meditating before I start my day. I'm not always successful, but when I do get up early enough, the schedule goes something like this: on waking, I head to the john for my morning constitutional [not the early morning walk] and then I brush my teeth. This way I don't have to sit there worrying about the status of my colon or thinking about the pasty mouth I woke up with.

However, each morning, I've been dragging that phone with me. The little green light is blinking in the dark when I wake. It screams, not for attention, but to the fact that I have attention waiting. Someone somewhere has communicated! The little green light breathlessly calls: 'YOU HAVE MAIL!' Until today, I've grabbed the phone on the way to the john. Sitting there, sometimes longer than necessary, I read the mail, check on the 'friends,' look at my calendar, and even read a bit of the New York Times! My great grandfather surely saw the emergence of the landline telephone, but imagine explaining to him telephones that are carried everywhere on a belt or in a purse. Then explain text messaging, or the fact that my phone ... is a camera. Next try explaining my ability to read a newspaper, this morning's paper, from New York City, a newspaper from 750 miles away – on my phone. Oh, and I have eight or ten books with me – in my phone!

My trouble has been that just before I sit down to exercise my peace, I've opened the floodgates to all the world's troubles and demands. By the time I set the timer and sit down on my cushion, my brain is already humming at top speed. I'm already plotting and planning; already lining up tasks; already deciding what's good and what's bad about the day ahead; already hard at work. And I haven't even showered or dressed.

It will take me some time to get to vagabond status; some time before I'm off-the-grid. My phone is still not that far away, physically. Perhaps, I've developed a more healthy distance, albeit mental distance. And I managed to tame the monkey a bit this morning too. Maybe next week I'll give him a tin cup and train him to bug the neighbors for spare change.
Posted by Bubba the Pirate at Thursday, November 10, 2011 1 comment: