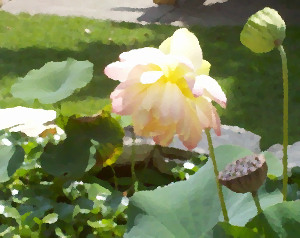 The evening had gone pretty well, but as in all stories like this - it gets nice and quiet just before something goes wrong. Late the Friday before, a patient needed a medication that is kept on hand for rare emergencies. The order to resupply wouldn't be received until Monday, but what were the chances that it would be needed again so soon? It was Sunday already, and we thought we'd made it through, when the call came in: new patient, same emergency, same antidote, we didn't have any in-house.

As my pharmacist held down all else, I called nearby hospitals desperately seeking a few vials. I had been on hold so long on the third call, I was about to hang up and move on. The tech came back on the phone and told me that her pharmacist was sure they had some; only they were having trouble finding it. It was just enough hope to hold on. I gave my pharmacist a tentative thumb's up.

Finally, she came back again, they had found some. I should have asked her exactly what they thought they had found [more later]. We sent a taxi in to the other hospital and waited for the meds to arrive. Our patient's vital signs were good. We were all holding our breath.

"I think we got the wrong med," she reported.

The panic is much worse after you've enjoyed the relief of thinking you had solved the problem.

"Get up there and find out what's going on!"

I ran out of the pharmacy and down the hall to the back elevator. My mind raced as I punched at the "up" button. With creaks and moans, rattles and clunks, the elevator took its own sweet time sauntering down the one floor from Main. With a final clunk, the doors began to open. I turned my shoulders, squeezed through the opening doors and began punching at another lighted button. The doors slowly creaked shut. I hoped our patient was still OK.

The elevator swayed and groaned as it carried me up from the basement. I strained against the increased gravity and willed the elevator to rise more quickly. It settled softly, shifted, and the doors creaked apart. Before I could run for the end of the ICU corridor, I was blocked by a big box.

There was a crowd of people in the small landing area. This was an isolated employee hallway where I rarely saw other employees, let alone a crowd - two hospital employees, a big box and five or six others - in street clothes. They were in my way, looking back at me, agape. Couldn't they tell I was in a hurry?!?

It was only a fraction of a second, and I can't imagine what kind of expression washed over my face as I realized the big box . . . was a casket. The two hospital people were pushing the casket down to the morgue. The crowd was family. A woman, surely the widow, leaned at the arm of someone while stiff, silent pain clung to her features. She stared, unbelieving, at the other end of the casket.

I attempted to give them a compassionate smile and held the elevator doors. It was right there - impermanence.  It struck me that rushing blindly through life is the bane of human existence. There are so many other things more important than being busy. Most important of all that nothing is permanent. Rushing along thinking that everything will stay the same prevents you from understanding how precious this is right here. It's precious exactly because it won't, it doesn't, it can't possibly last. That's not a bad thing, its just life.

Not comprehending this impermanence is the specific reason so many people are miserable. When I count on things staying the same and build my happiness - or what I think is happiness - on what I wish will stay the same, I can never be truly satisfied. Nothing stays the same. Flowers die, people change, things are not as they appear. This is precious. Savor moments. Don't worry over what you think should be, enjoy what is; deal with what is.

The rest of the evening went fine, but I don't remember, nor do I care. The medication was, in fact, wrong the first time. We got the right stuff on a second taxi run. The original patient was fine. All those details run together and wash out like sidewalk chalk after a rain. I'm certainly not minimizing the plight of that first patient. And doing the job is, of course, important; paramount even. But living on the edge of frantic without an appreciation for being here - actually being here - is the dark side of the moon. It is not living. It is the dusty, hollow existence of only doing, not actually being.

There's an old zen saying "you should sit in meditation for 20 minutes a day, unless you're too busy; then you should sit for an hour." I had fallen helplessly into the trap. With two part time jobs and an old sailboat I'm resurrecting, I was usually headed in two directions at once. My practice had slipped.


It started insidiously one morning when I was running behind. I had worked late at one job and had to be in early to the other. "I'll sit tonight" or "I'll sit tomorrow" or "I just won't worry about it for one morning" turned into two days, then three, then a week. After a time, it wasn't that it was hard to remember the last time, I wasn't even realizing that I'd fallen off the wagon; off the cushion as it were.


Luckily, the seeds of intention had been planted. It only took a few weeks of completely abdicating my practice for it to reach back for me. I didn't feel grounded. I didn't feel balanced. I wasn't moving, let alone moving in the right direction. I wasn't being. The same practice that beckoned me back is actually just returning to the breath.


===
Picture NOT stolen off the interwebs, but actually taken by me, in Sunim's backyard and run through GIMP's Oilify filter.
Posted by Bubba the Pirate at Tuesday, July 24, 2012 No comments: